In 2010 I bought a few beautiful green/white fabrics from Quiltsmith - they have been stored away all this time and on Monday I had the bright idea that they would look great in Cluck Cluck Sew's "Seville" design, which I bought in 2011. 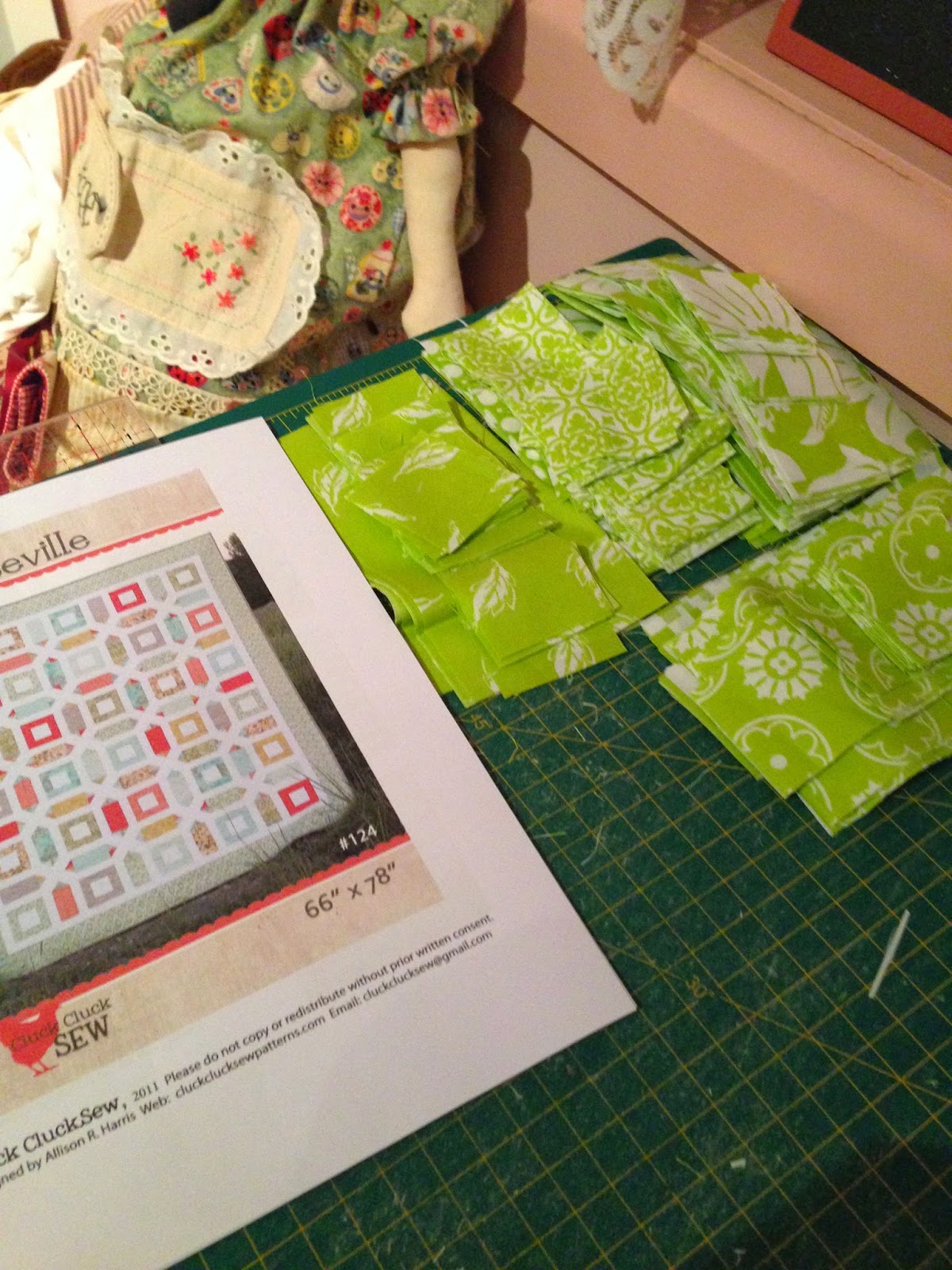 Of course I didn't have the right "white" in my stash but I do now.  Luckily I found some more of the fabric on-line for backing - really happy with that and the service from Cotton Capers is fantastic.

The fabric diet is broken - think I did well to last so long.  In my defence, I have plans for most of these fabrics (and the other 3 parcels that are on their way).  The stripe is for another scrappy spiderweb, the red spot for the scrappy sandwiches quilt on PatchworknPlay's blog, one of the linens will be for an Anni Downs bag and the pink spot is just because I like it. 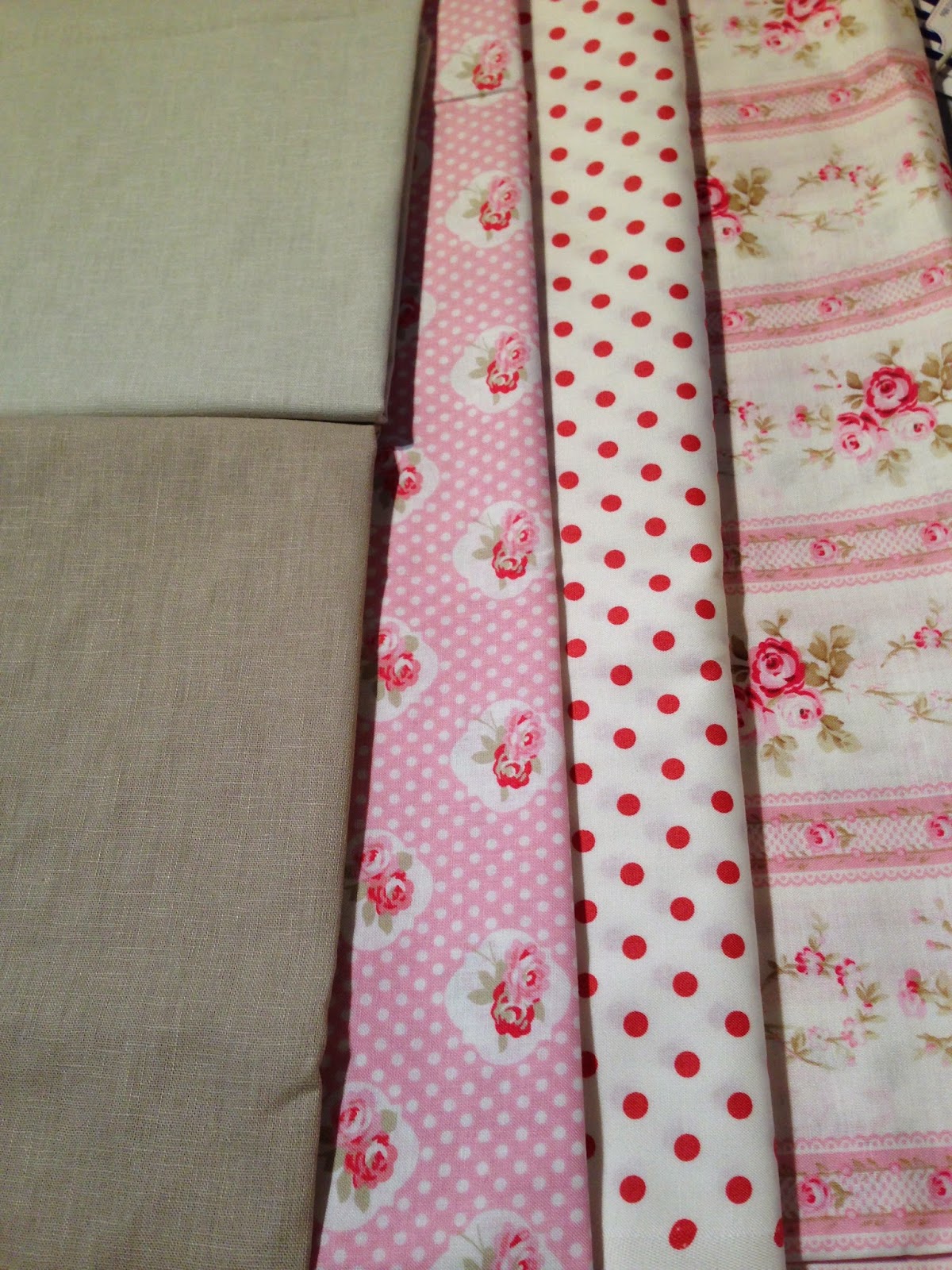 Wednesday night I sewed together the second half rows of the Spell it with Moda Alphabet quilt and put it together on Thursday night. 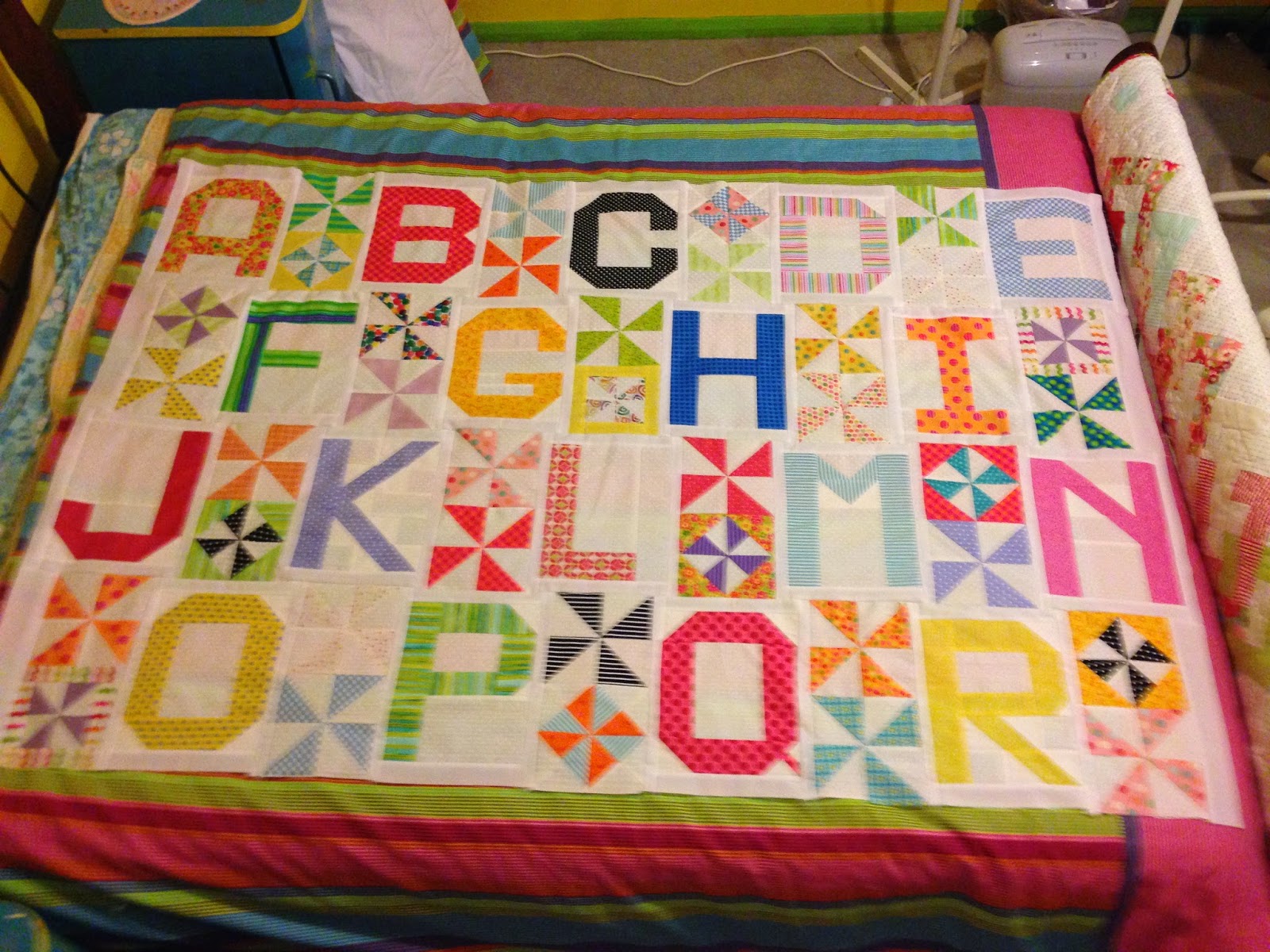 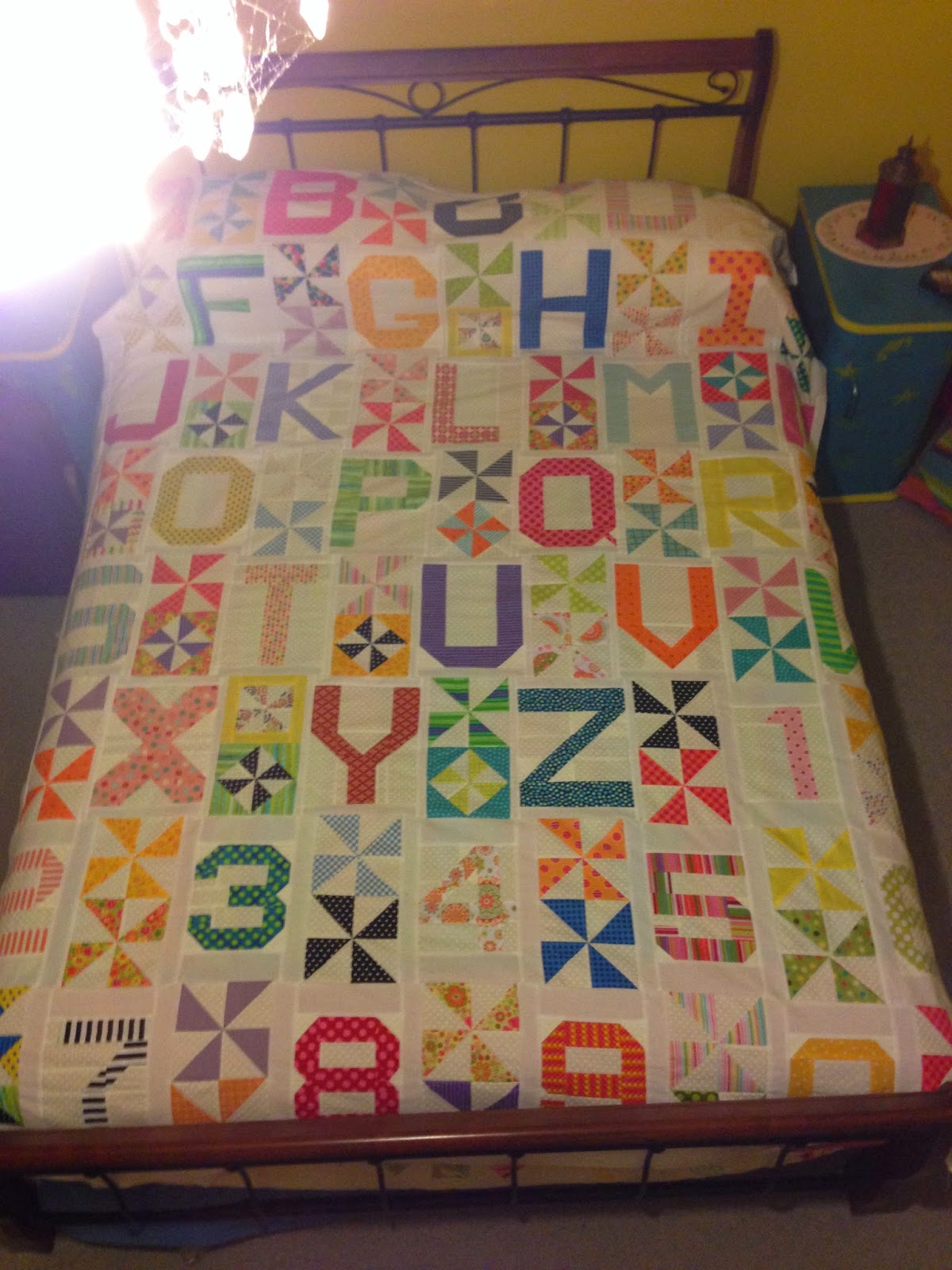 Lots of excitement yesterday morning while I was at work.  Tracy, my Wonder Woman sister-in-law, sent me a photo of what was happening in the back yard. 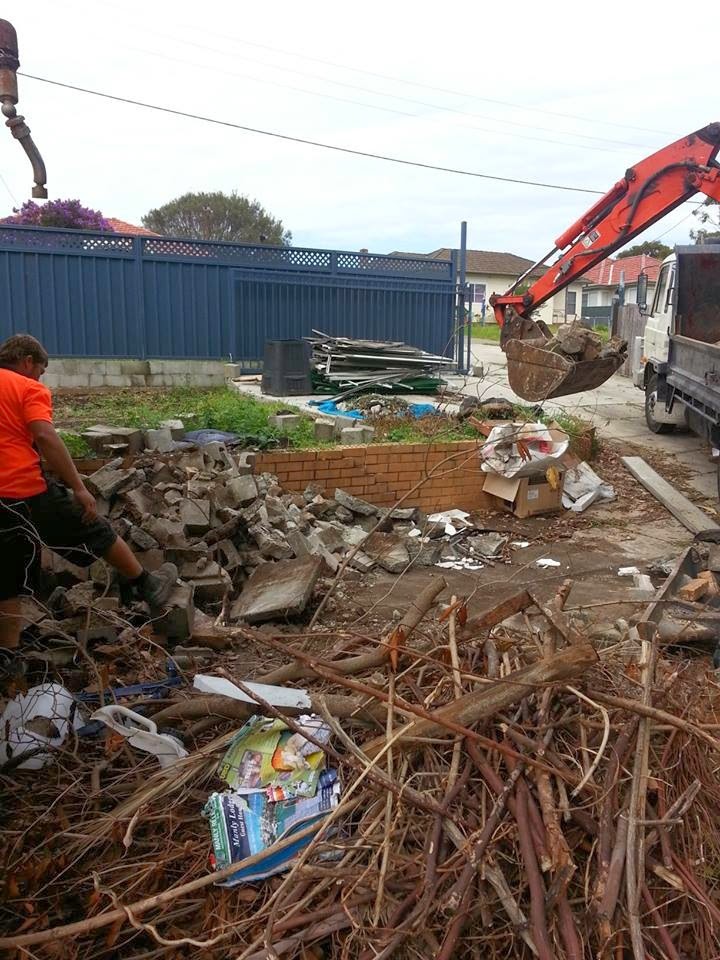 And this was the scene behind the garage less than an hour later.  Hopefully grass will grow here along with a lemon tree and a lime tree. 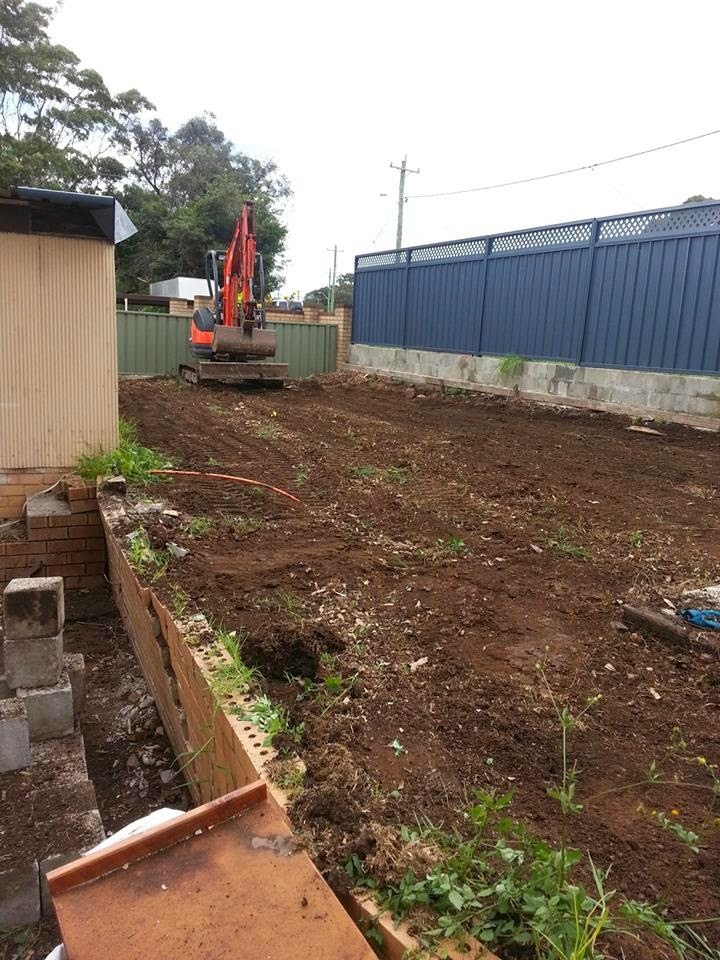 A cousin commented that I was "decluttering" - sure am, in a big way :)

To add to the excitement my quilt arrived back from Sarah.  I love the orange peel quilting. 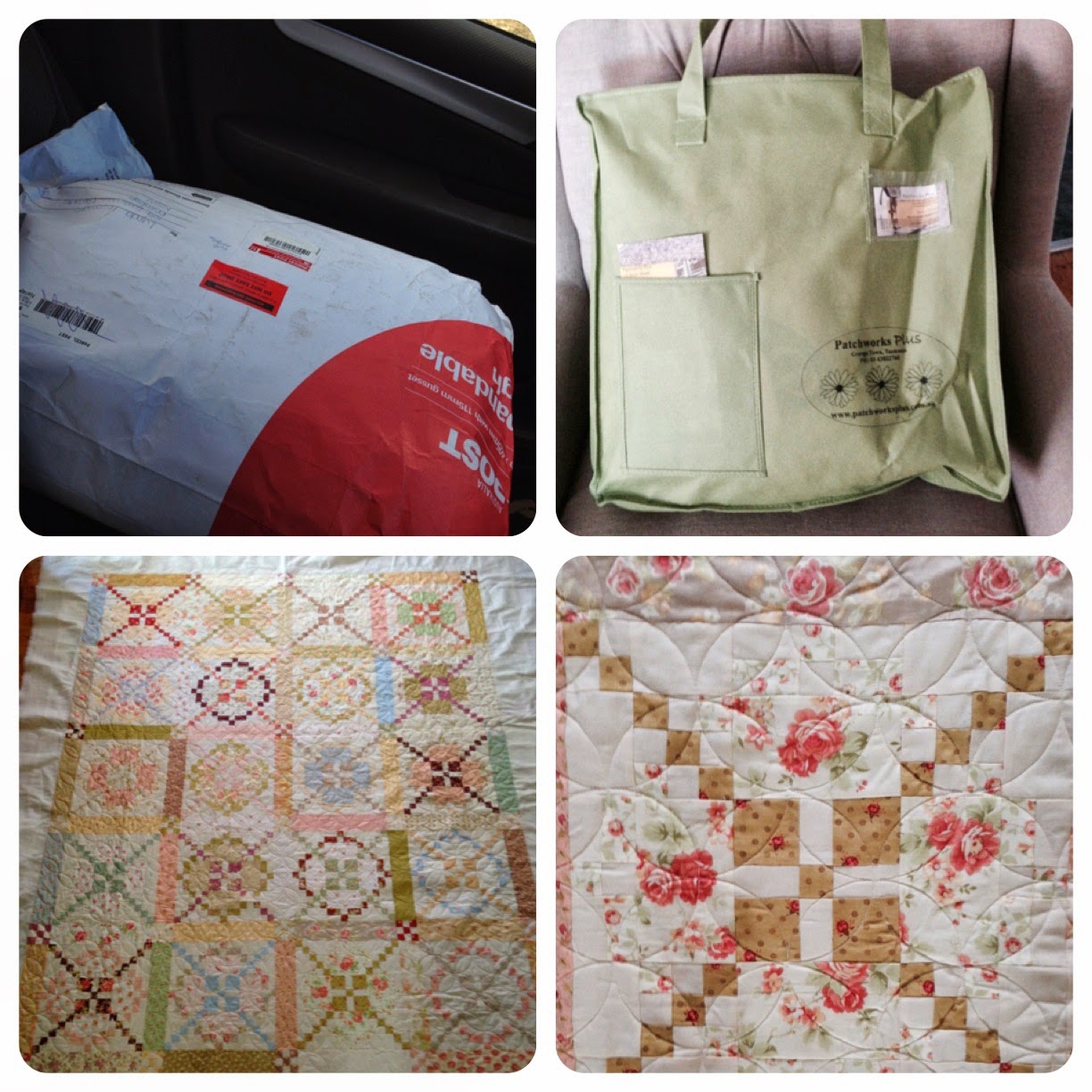 Quickly set about trimming the quilt and I made the binding out of the leftover backing (Allspice Tapestry by Fig Tree & Co) to sew on. 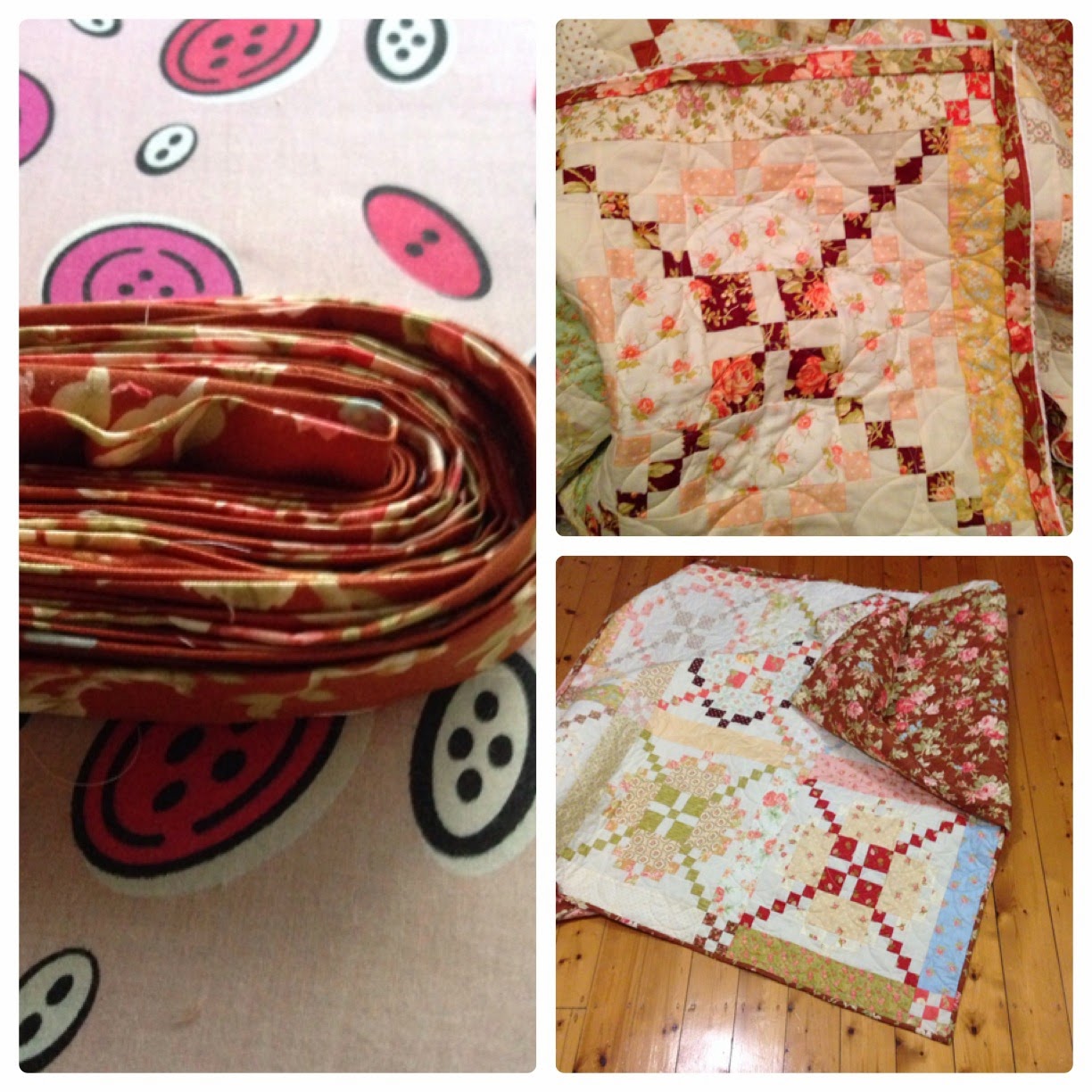 Started sewing it down while watch tv later last night - about halfway round, I'd had enough.  The milk chocolate brown gives the quilt a nice edge.  Hoping to finish off some secret sewing this afternoon.
Posted by Lynda at 12:42:00 PM

I'm a big fan of de cluttering.......except when it comes to the stash.....there's always room for more. Great binding choice, looking forward to the final reveal. Your new lawn area will be great.

wow Lynda it all happening at your place,its all very positive for you,thats fantastic,hope you have a lovely weekend my friend.xx

Love all your projecrs - Sarah did a grear job on the quilt...heaps still happening in the yard...

busy, busy at your place inside and out.
Big decluttering that requires a digger!
your quilt looks gorgeous and look forward to your green project coming together.
the spell it top has come together beautifully!
well done on all your projects.

Diggers de-cluttering shopping and sewing. Such a busy time, have fun sewing on the rest of the binding. I find that a favourite part of the quilt now. Shopping for fabrics is fun, thanks for the links to the shops.

Have a lovely week.

Fabric diets are like food diets, an utterly ridiculous idea that I know I could not stick to so don't even bother! Besides, how could I ignore such specials that Sarah had with Quilt Fabric Delights closing down? I couldn't. I think I paid for her retirement 😃